St Mary’s remains one of the most over-subscribed schools in the North East. Building on the momentum of its increasing sixth form enrolment, the school needed a new facility that would provide an exclusive area for the students to both study and socialise. Ward Robinson were commissioned to design a space which encouraged a university and workplace culture to prepare the students for the transition into the next stage of their lives.

A series of existing classrooms and offices have been opened up to allow for a social study hub and café breakout area, as well as a silent study room and learning resource centre. Built in facilities include a student managed café, bleacher seating, integrated technology and a range of both group and individual workstations.

The materials and colours have been carefully considered across the range of settings to create a light and airy environment, as well as to incorporate the school’s colours through the furniture and accessories. 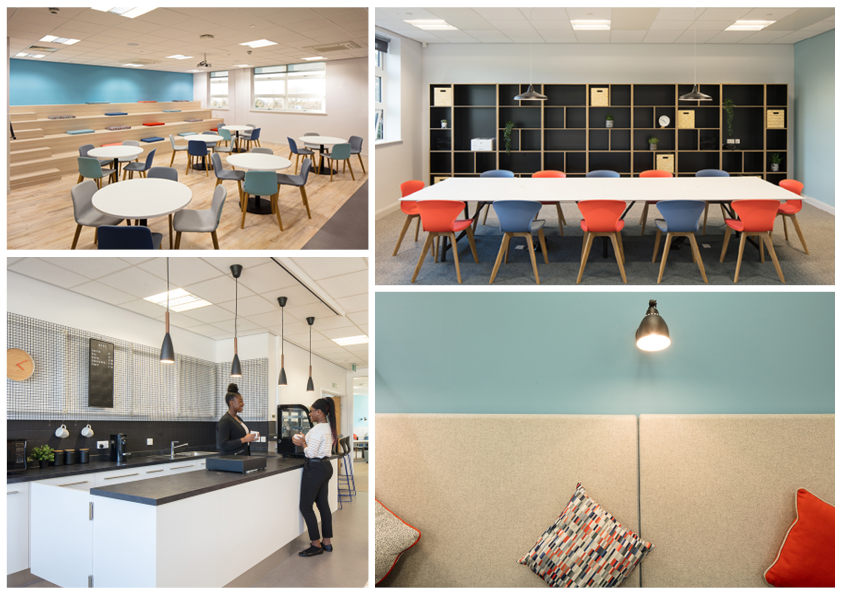 Governors, teaching staff and students have all been enthused by the outcome.  The Chair of the Board of Governors described the scheme as ‘vibrant, exciting and stimulating’ which has ‘achieved everything the school was looking for, and more!’

‘The quality of the design, materials and finish has created a bespoke space which we believe provides the Sixth Form with a much-enhanced experience at St Mary’s, something which we feel our Sixth Form students really deserve.’

In 2016, the Ward Robinson team designed and delivered a showcase office floor for HMRC at their major campus at Benton Park View in Newcastle.  The design was a response to HMRC’s transformation of working practice to more agile and smart working.

The showcase floor was used by HMRC as a design milestone for the ongoing national roll out of HMRC regional hubs around the country.

The Ward Robinson team have now recently completed the full design package for the whole of the HMRC estate at Benton Park View, covering 7 office buildings totalling more than half a million square feet of office space.

After a tipsy flight from Newcastle, we arrived in Barcelona instantly feeling the temperature difference from not so sunny Newcastle.

Bright and early, Park Guell was the first stop of the trip. The remarkable architecture certainly woke us up – the scenic early morning view over Barcelona was one to remember. 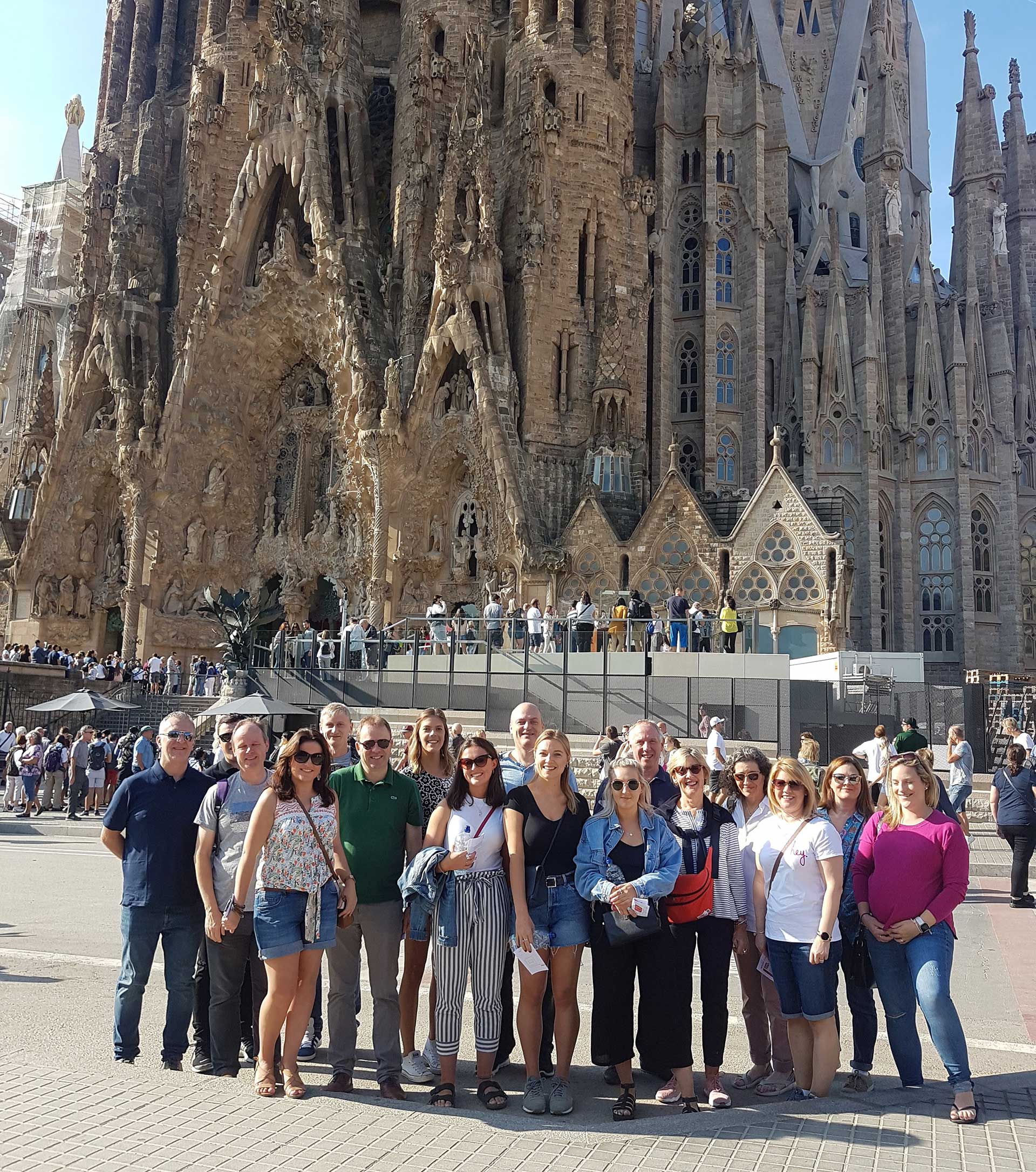 Our next stop was the Sagrada Familia, an absolute must see when in Barcelona. The afternoon activities saw some braving the roads on the e-bike tour, whilst others opted to visit Sant Pau before all reuniting to participate in a team building exercise, which quickly had everyone running around the city.

The following morning, with a few sore heads, we gathered on the hotel roof top for a group workshop before Zaga Architecture, who are part of the Ryder Alliance, took us on a site visit to San Antoni Market. After taking 9 years to restore, the market is certainly a place to visit. 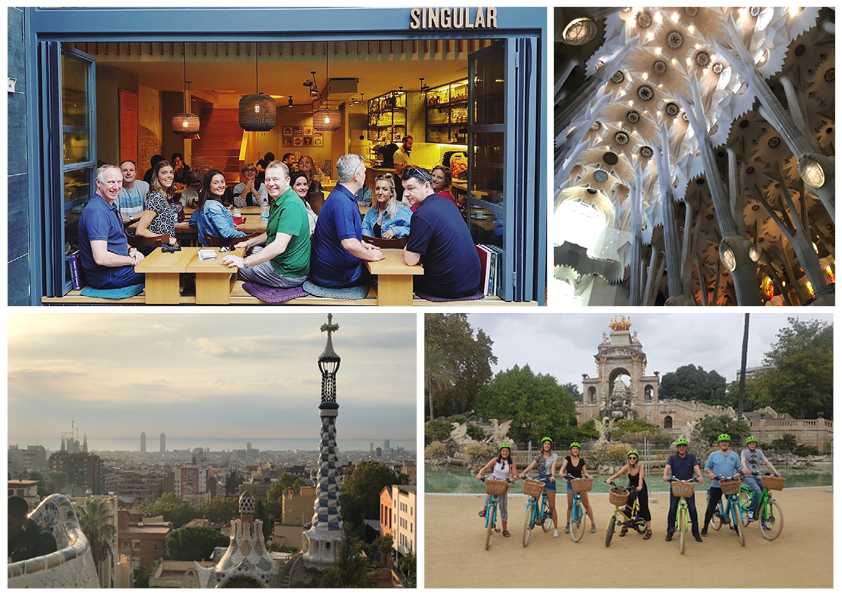 Our time in Barcelona was short but sweet. It was a fantastic opportunity for us all to explore the city, visit some incredible landmarks and eat plenty of tapas, but most importantly allowing the team to bond and have lots of fun.

Head to our ‘blog’ to read the full post.

What else you’ve missed…

Ward Robinson are delighteded to announce they have appointed a new Communications Co-ordinator.

Megan manages the day to day communications for Ward Robinson. As a self-confessed   perfectionist, with a keen eye for detail, everything is finished to the highest standard. With   a background in fashion marketing, she brings fresh enthusiasm and ideas to the team.

Sign up to our newsletter to stay up to date with our upcoming projects and events.